In Part 1 of my Special Report , I shared with you the fact that Potassium Iodide protects against only one specific radioactive material. 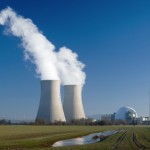 No it doesn’t. While many may have the belief that taking Potassium Iodide protects them against all radiation exposure, that is not true.  Potassium Iodide is the only approved treatment for radiation poisoning.  But when you take Potassium Iodide per medical recommendations (of the FDA and CDC),  you should know that it only protects your thyroid against exposure to radioactive iodine. Click Here Now, Get Iodine

There are other radioactive materials that are released from nuclear power plants. A Japanese scientist, Dr. Akizuki experimented on rats with two radioactive isotopes, the iodine-131 and the cesium-134, elements produced in nuclear reactor accidents. When the human body is exposed to radiation, the iodine-131 is absorbed in the thyroid gland, and the cesium-134 accumulates in intestinal tract and muscles.

What Else Can I Do to Protect My Body From Radiation?

Believe it or not, remarkably, there eating a few simple foods can reverse the impact of radiation exposure. After the atomic bombing of Nagasaki and Hiroshima, a hundreds of thousands perished from radiation poisoning. Remarkably, many hospital patients at St. Francis’ Hospital in Nagasaki survived acute radiation poisoning sickness even though the hospital was only one mile from the blast site!

At that time, Tatsuichiro Akizuki, M.D. was Director of the Department of Internal Medicine at St. Francis’s Hospital in Nagasaki. After the atomic bombing of Nagasaki (August 9 1945), he gave his staff and patients a strict diet of brown rice, miso and tamari soy soup, wakame, kombu and other seaweed, Hokkaido pumpkin, and sea salt and prohibited the sugar and sweets consumption because they suppress the immune system. The records documenting the health of his patients and staff are remarkably encouraging.

The citizens of Hiroshima and Nagasaki experienced severe diarrhea after the atomic bomb blasts because of the massive destruction of these cells due to radiation. However, because of this diet — which was rich in sea vegetables — everyone in his hospital lived while many other survivors perished from the radiation sickness!

A study investigating the impact of radiation, found when X-rays at levels lethal to humans were given to the mice 60 percent of them survived as opposed to nine percent of the mice that were not fed miso soup.

What is Miso Soup?

Akihiro Ito, head of one of the research teams at Hiroshima University, also found that miso helps eliminate toxins from the body through stimulation of the circulatory and metabolic systems, which may possibly make miso useful when undergoing chemotherapy.

People who eat miso regularly may be up to five times more resistant to radiation than those who do not eat miso. That is the conclusion of a team of researchers at Hiroshima University’s atomic bomb radiation research center.

Miso is produced by fermenting rice, barley and soybeans with salt and a fungus called kōjikin. The most frequent use of miso is the miso soup, misoshiru.

It is a major part of Japanese cuisine. Miso is a living, natural food, rich in enzymes and beneficial bacteria. Miso is available in a variety of diverse flavors, each having a distinct taste, color, texture and aroma. In Japan over 70 percent of the population start the day with a cup of miso soup instead of coffee. Miso soup has a warming, healthful and alkalizing effect and can provide an enduring source of energy and nutrition.

Remarkably, Dr. Kazumitsu Watanabe, professor of cancer and radiation research investigated the radioprotective effect of miso, by testing small intestine cells of lab mice. These cells absorb nutrients and are particularly sensitive to radiation, which can easily destroy these cells.

The researchers from the Hiroshima University Medical Center discovered that several hours after being exposed to radiation, compared to the control group, the group of rats fed with miso were having in the blood a level of iodine-131 diminished by 50%.
In another experiment, a lethal dose of radiation was given to rats. Over 80% of the animals from both groups died after a week, but in the group that was given miso, the degree of inflammation in their organs (the expected bodily response to radiation exposure) was less pronounced.

Click here and, you can find more information about miso soup and miso radiation treatment.

Do Other Sea Weeds Have Radioprotective Properties?

Yes, they do! Of the two types of radiation the most dangerous form, ionic radiation, that is emitted in nuclear accidents, is the most concerning, because of its high levels. In the mid 1990’s in Russia, spirulina began its use as a specific immune enhancer in the treatment of children affected by the Chernobyl disaster. Children living in highly radioactive areas, due to their exposure, developed chronic radiation poisoning and high levels of Immunoglobulin E (IgE). A group of some 30 plus children were given about 5 grams of spirulina each day for one and a half months. This food decreased their IgE blood levels and also notably lowered all of their allergic reactions.

Physicians in the Chernobyl area, where radiation levels in Ukraine have been very high since the accident, have shown that consuming spirulina every day for 20 days lead to a 50% drop in radiation levels in patients’ urine. The testing that was conducted in 1990 in Belarus determined that spirulina intake stimulates the release of radioactive nucleotides from the body. Other research studies found that eating spirulina also caused lowered radiation radiation level of cesium and strontium, radioactive nucleotides, found in radioactive contaminated foods.  This is very significant because many people are concerned about eating contaminated foods due to aerial contamination of crops through wind and rain.

One of the most significant damaging effects of radiation exposure is the destruction of the immune system. Both chlorella and spirulina reverse these effects and rebuild the immune system. Japanese studies determined that chlorella has been has anti-tumor effects. The most significant impact of chronic exposure to radiation is the development of cancer this is a very important piece of information.

Other beneficial things to do are to eat whole grains, which absorb a lot less radiation and which have good fiber and phosphorous, that help the body detox from radiation and because of the high fiber content, that detox process will be faster. They also have good levels of vitamin E and selenium that help prevent tissue damage.

All in all a vegetable and whole grain based diet will expose you to much less radiation that an animal based diet that concentrates heavy metals and radiation in fat tissues.

How Does Something as Simple as Spirulina Protect Against Radiation?

In 1968 Canadian researchers reported that sea vegetables contained a starch (polysaccharide) substance that selectively bound radioactive strontium and helped eliminate it from the body. In laboratory experiments, sodium alginate prepared from kelp, kombu, and other brown seaweeds off the Atlantic and pacific coasts was introduced along with strontium and calcium into rats. The reduction of radioactive particles in bone uptake, measured in the hip bone (femur), reached as high as 80%, with little interference with calcium absorption. GET SPIRULINA and GET CHLORELLA

How Whole Grains Protect Your Body

Whole grains help to protect us from the damaging health effects of acute radiation poisoning radiation exposure in five ways:
1) Grains are low on the food chain. Although they may have been exposed to pollution and radiation, they do not have the concentration of contaminants that is found in meat and large fish, which are at the top of the food chain.
2) Important with respect to radiation protection is the high fiber and phosphorous contents in grains. The binding ability of these substances helps the body to remove poisons.
3) The bulking factor of grains lessens the intestinal transit time and so hasten the elimination of all toxins.
4) Being neither very acid nor very alkaline, grains help us to maintain the middle-range pH that has been found to increase our resistance to radiation.
5) Whole grains provide vitamin B6, which is indispensable for the thymus. In addition, their calcium content guards against uptake of radioactive strontium, and their vitamin E and selenium prevent cellular damage caused by free radicals.

What Foods Should I Avoid?

Just as whole grains are healthy and protect our organ systems against the radiation toxicity, processed foods, do the opposite, by triggering inflammation, that suppresses the immune system, they render us more susceptible its damaging effect.  Foods to avoid include:
1) Refined, genetic modified and processed foods
2) Fatty foods (meat, dairy products)
3) Simple sugars (white sugar), soft drinks

if you don’t have iodine, here’s a link to a very reliable source: BUY IODINE, CLICK HERE NOW

And here’s links to for you to GET SPIRULINA Spirulina
and GET CHLORELLA.

Tomorrow I will share with you some of the latest research on a variety of natural substances from vitamins to herbs that have natural radioactive properties.

Yours in Good Health,