Lowering the level of a known toxic amino acid, homocysteine using vitamin therapy, according to researchers, has a role in reducing the incidence of stroke.

An article published recently in the Journal of the American Medical Association statues that vitamin therapy, once frequently recommended to lower homocysteine levels, should continue to play a role in stroke prevention, despite recent findings that indicate this therapy is not effective. High levels of homocysteine are linked to an increased risk of heart attack and stroke, and therapy with certain B vitamins (B12,  B6 and folate) have been found to lower it’s level. 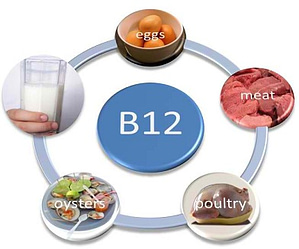 Dr. David Spence, professor at the University of Western Ontario and Harvard University School of Public Health professor, Dr. Meir Stampfer argue that two important issues  have been overlooked in the interpretation of recent studies: the key role of vitamin B12, and the newly recognized role of kidney failure.

The scientists noted that the large studies finding no benefit of vitamin therapy, failed to identify the benefit because they grouped together patients with good  kidney function and those with kidney failure.

The vitamins are beneficial in patients with good kidney function, but armful in those with kidney failure, so they cancel each other out.

B vitamin therapy could reduce its level and lowering it damaging effect and be harmful in patients with kidney failure.

Several recently published studies have found that B vitamin therapy had no benefit, and were regarded as ineffective.

But, many of the studies did not take into account the patient’s kidney function.

Drs. Spence and Meir argued, that “It seems that benefit or arm from vitamin therapy used to lower homocysteine levels depended not only on adequate dosing and absorption of vitamin B12 but also kidney function.