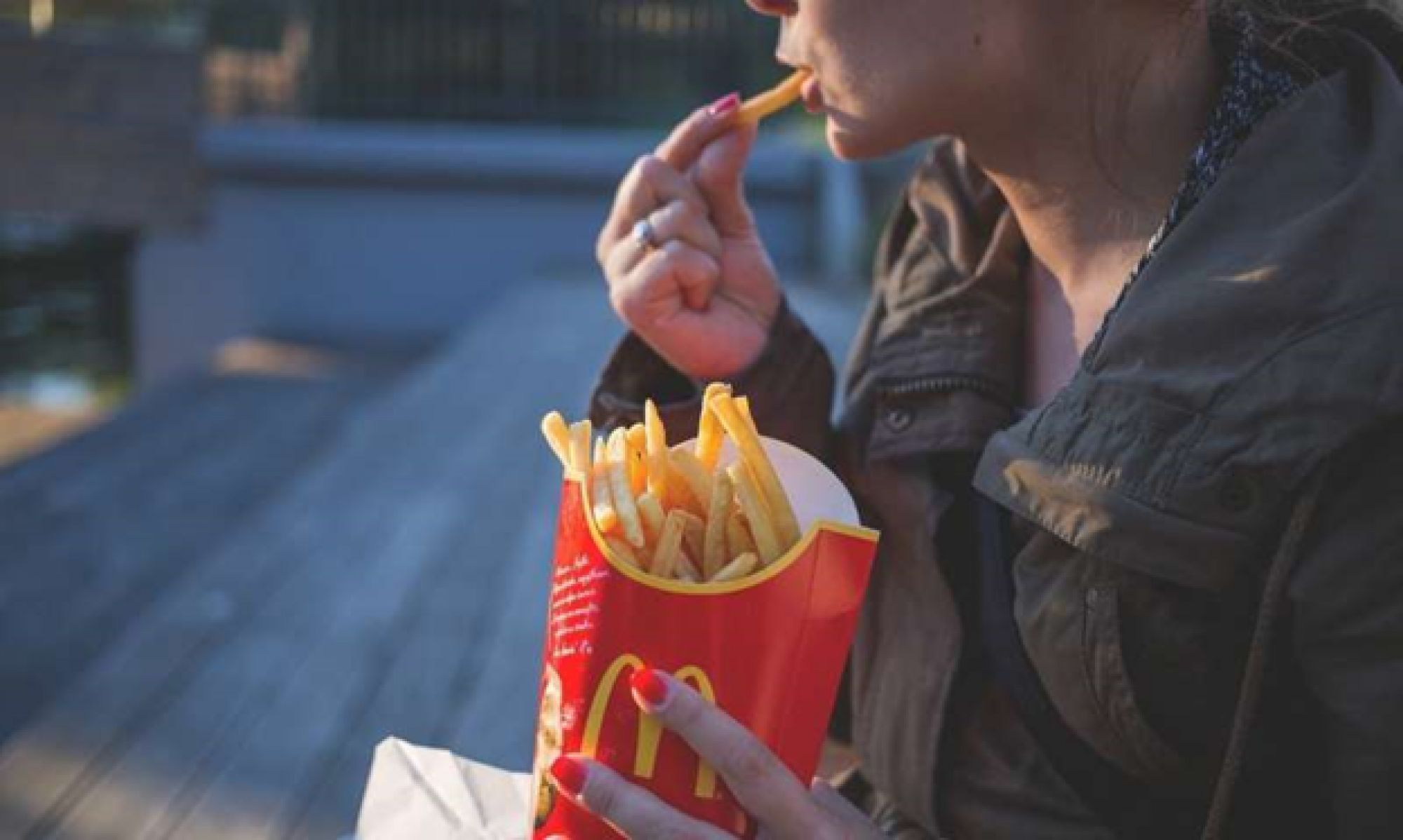 A paper from Manchester Metropolitan's Bioscience Research Centre found that eating a diet containing foods which are known to promote inflammation – such as those high in cholesterol, saturated fats and carbohydrates – makes you around 40% more likely to develop depression.

The researchers analyzed data from 11 existing studies that focused on the link between depression and pro-inflammatory diets – encompassing more than 100,000 participants of varied age (16-72 years old), gender and ethnicity, spanning the USA, Australia, Europe and the Middle East.

All the studies recorded the presence of depression or depressive symptoms in the participants (through self-observation, medical diagnoses and/or antidepressant use), alongside a detailed questionnaire about the contents of their diet.

Each participant was assigned a score of how inflammatory his or her diet is, according to the dietary inflammatory index.

Some of the studies were cross-sectional, using data that was immediately available, and other studies tracked participants for up to 13 years.

Across all studies, participants who had a more pro-inflammatory diet were, on average, 1.4 times more likely to have depression or depressive symptoms.

The results were consistent regardless of age or gender – and were the same over both short and long follow-up periods.

Dr. Steven Bradburn is from the Bioscience Research Centre at Manchester Metropolitan's School of Healthcare Science. He said:

"These results have tremendous clinical potential for the treatment of depression, and if it holds true, other diseases such as Alzheimer's which also have an underlying inflammatory component.

"Simply changing what we eat may be a cheaper alternative to pharmacological interventions, which often come with side-effects.

"This work builds on recent advances in the field by others, including the first ever clinical trial into dietary interventions for treating depression, which have shown beneficial improvements in depressive symptoms.

"It should be stressed, however, that our findings are an association, rather than causality. Further work is needed to confirm the efficacy of modulating dietary patterns in treating depression with relation to inflammation."

An anti-inflammatory diet—containing more fiber, vitamins (especially A, C, D) and unsaturated fats—has the opposite effect, and could be implemented as a treatment for depression.

Inflammation is the body's natural defense system against infections, injuries and toxins. In order to protect itself from harm, the body releases proteins, antibodies and increased blood-flow to affected areas, causing redness and swelling.

However, chronic inflammation puts the body in a constant state of alert and has previously been linked to diseases such as cancer, asthma and heart disease. Such persistent inflammation, particularly in the brain, is believed to contribute to neuronal death.

The research, 'An anti-inflammatory diet as a potential intervention for depressive disorders: A systematic review and meta-analysis', is published in Clinical Nutrition.