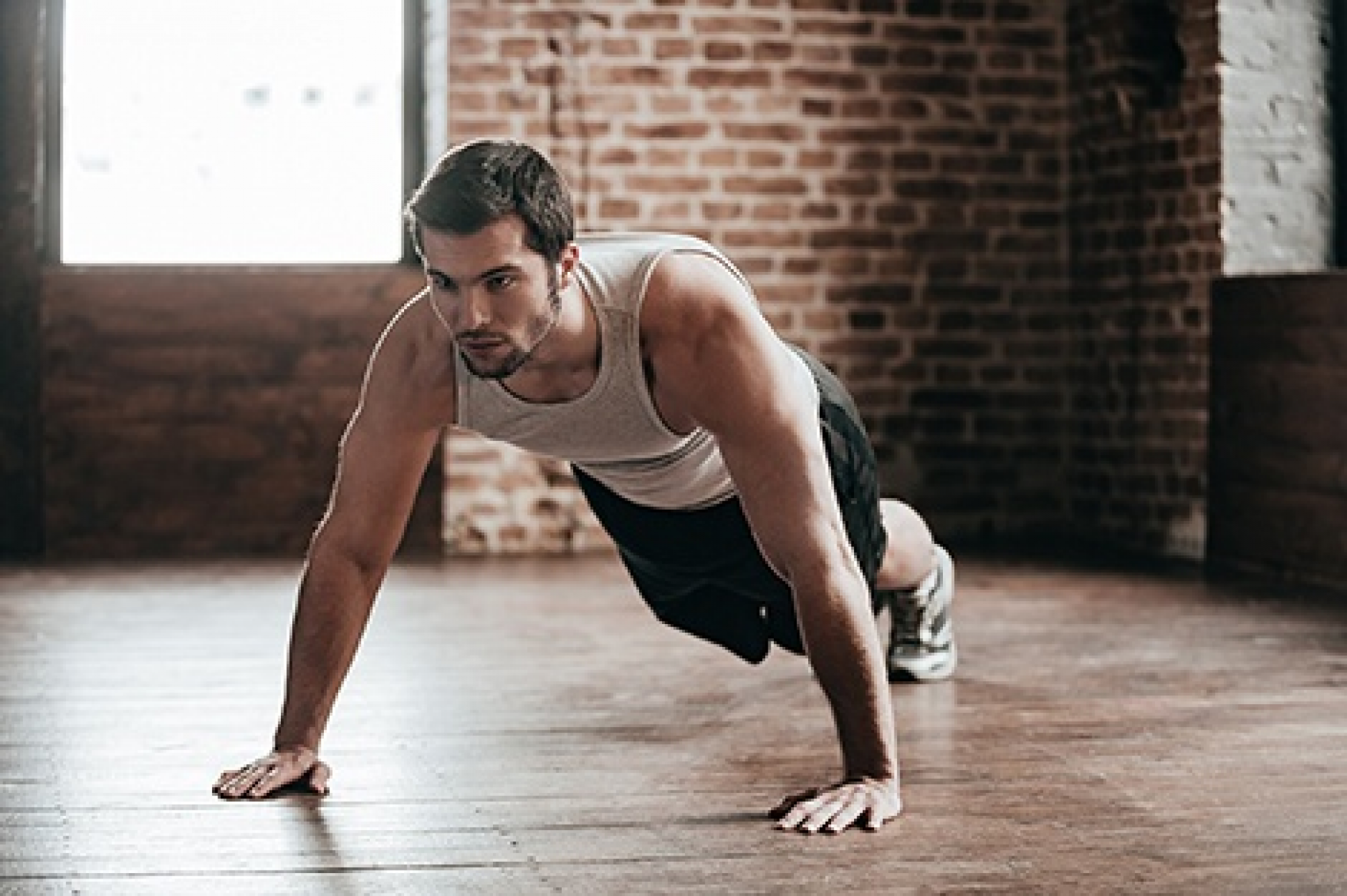 How many push ups can you do? A new study found men able to complete a certain number of push ups had a much lower incident of future cardiovascular disease outcomes ranging from heart attacks to heart failure.

Active, middle-aged men able to complete more than 40 push-ups had a significantly lower risk of cardiovascular disease (CVD) outcomes—including diagnoses of coronary artery disease and major events such as heart failure—during 10 years of follow-up compared with those who were able to do less than 10 push-ups during the baseline exam.

The study was published February 15, 2019 in JAMA Network Open.

Objective assessments of physical fitness are considered strong predictors of health status; however, most current tools such as treadmill tests are too expensive and time-consuming to use during routine exams. This is the first known study to report an association between push-up capacity and subsequent cardiovascular disease outcomes.

The researchers analyzed health data from 1,104 active male firefighters collected from 2000 to 2010. Their mean age was 39.6 and mean body mass index (BMI) was 28.7. Participants’ push-up capacity and submaximal treadmill exercise tolerance were measured at the start of the study, and each man subsequently completed annual physical examinations and health and medical questionnaires.

During the 10-year study period, 37 CVD-related outcomes were reported. All but one occurred in men who completed 40 or fewer pushups during the baseline exam. The researchers calculated that men able to do more than 40 push-ups had a 96% reduced risk of CVD events compared with those who were able to do less than 10 push-ups. Push-up capacity was more strongly associated with lower incidence of cardiovascular disease events than was aerobic capacity as estimated by a submaximal treadmill exercise test.

Because the study population consisted of middle-aged, occupationally active men, the results may not be generalizable to women or to men of other ages or who are less active, note the authors.

“This study emphasizes the importance of physical fitness on health, and why clinicians should assess fitness during clinical encounters,” said senior author Stefanos Kales, professor in the Department of Environmental Health at Harvard Chan School and chief of occupational medicine at Cambridge Health Alliance.