New clinical studies indicate a  possible role for UV light exposure and vitamin D levels in the treatment of several conditions affecting the intestinal tract including Crohn’s disease, a serious and chronic  inflammatory condition in the small intestine; and ulcerative colitis (UC), which similarly affects the colon. 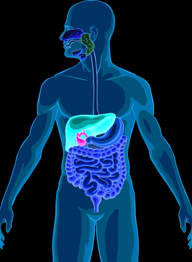 While another group at Weill Cornell Medical Center reviewed  different levels of Vitamin D  supplementation to determine if it had an  impact on severity of Crohn’s disease.

The results of these two large prospective studies among large groups of nurses enrolled in the U.S. Nurses’ Health Study I and II, found a difference in the distribution of Crohn’s disease and ulcerative colitis (UC) in the United States, when comparing the north-south gradient in the association between latitude and incidence of the two conditions.  A similar geographic variation was also previously reported in Europe,  but similar data in the United States until these studies were lacking.

So this research advances understanding of the epidemiology of chronic inflammatory bowel disease, which impacts almost 1.4 million patients in the United States alone.

Acccording to Dr. Hamed Khalili, “This differential risk may be explained by differences in UV light exposure, vitamin D status, or pollution.” He,  Dr. Andrew Chan and colleagues at  the Massachusetts General Hospital, analyzed data that included a 4,209,454 person-year follow up in which they confirmed 332 cases of  ulcerative colitis and 284 cases of Crohn’s disease.

While the average age of diagnosis among the women was 51 for Crohn’s and 48 for UC, the investigators found that the women’s geographic location at age 30 was strongly associated with incidence of disease.

Results of an analysis of the first 15 patients in a study conducted at Weill-Cornell Medical and presented at the ACG Annual Scientific Meeting by Dustin Boothe, MD, sought to determine if high doses of Vitamin D3 supplementation in Vitamin D deficient patients with Crohn’s disease leads to improved clinical outcomes.

Two groups of patients with Crohn’s disease, who had baseline levels of Vitamin D that were low, were randomized to either low-dose (1,000 IU/day) or high-dose (10,000 IU/day) Vitamin D treatment and assessed at day 1, and after 8 weeks and 26 weeks of treatment. The investigators measured the patients’s symptom severity using the Harvey-Bradshaw Index (HBI) an index of disease activity in Crohn’s.

Results from the first 15 patients suggest that after 26 weeks of therapy, there were persistently significant differences in Vitamin D levels between the high-dose and low-dose groups, but importantly the low-dose group had no significant change in disease activity as measured by HBI at 26 weeks compared to baseline, whereas the high dose group did.

“Our interim analysis suggests that supplementation with 10,000 IU of Vitamin D3 may be an effective adjunctive therapy for ameliorating symptoms in Crohn’s disease patients,” commented Dr. Boothe on the presentation of these preliminary data.

It’s important to note that this study’s use of high dose vitamin D3 confirms again it’s benefit, when compared to much lower doses that are currently recommended my many health organizations