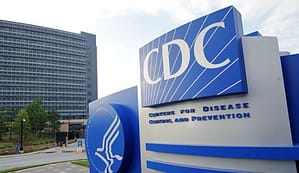 This week, I discovered devastating information regarding the CDC and the controversial topic- thimerosal in vaccines and autism. For years parents and open-minded physicians have brought attention to this issue, to be met with considerable rejection of their claims. However, for the first time, there is credible evidence of a cover-up in general and one in particular regarding their own research related to this issue. I will keep you posted, as this is one topic, we should all know about and pass on to others. I’m going to be pleasantly  surprised when it is reported by mainstream media outlets. While I usually would make this a 2 part story, I am including all of the materials in this article. While it is lengthy, it contains very important information.

Just months after U.S. Congressman Bill Posey compared the Center for Disease Control (CDC)’s vaccine safety studies to the SEC’s Bernie Madoff scandal, malfeasance in the CDC’s studies of thimerosal-containing vaccines has, for the first time, been documented in peer-reviewed scientific literature.

165 Studies Have Found Thimerosal to be Harmful

While the CDC states on its website that “low doses of thimerosal in vaccines do not cause harm, and are only associated with minor local injection site reactions like redness and swelling at the injection site,” the journal BioMed Research International now provides direct evidence that the CDC’s safety assurances about the mercury-containing preservative are not fact-based, according to the article’s lead author, Brian Hooker, PhD.

What most people do not realize is although the FDA gave a two year deadline to remove thimerosal from vaccines after the deadly neurotoxin was banned in 1999, they continue to appear in vaccine formulations to this day.

Factually, Thimerosal is a mercury-containing compound that is a known human carcinogen, mutagen, teratogen and immune-system disruptor at levels below 1 part-per-million, and a compound to which some humans can have an anaphylactic shock reaction. It is also a recognized reproductive and fetal toxin with no established toxicologically safe level of exposure for humans.

There are dozens of scientific inquiries and studies on the adverse effects of thimerosal, including gastrointestinal abnormalities and immune system irregularities.

The BioMed Research International paper opens by citing over 165 studies that have found Thimerosal to be harmful, including 16 studies that had reported outcomes in human infants and children of death, acrodynia, poisoning, allergic reaction, malformations, auto-immune reaction, Well’s syndrome, developmental delay and neurodevelopmental disorders including tics, speech delay, language delay, ADHD and autism. These findings by multiple independent research groups over the past 75+ years have consistently found thimerosal to be harmful. “Substantial scientific evidence exists and has existed for many years that the vaccine ingredient thimerosal is a developmental neurotoxin” says George Lucier, former Associate Director of the National Toxicology Program.

Studies showing harm from thimerosal sharply contradict published outcomes of six CDC coauthored and sponsored papers the very studies that CDC relies upon to declare that thimerosal is “safe” for use in infant and maternal vaccines. Dr. Hooker, biochemist and vaccine industry watchdog, said of the six CDC studies, “Each of these papers is fatally flawed from a statistics standpoint and several of the papers represent issues of scientific malfeasance.

For example, important data showing a relationship between thimerosal exposure and autism are withheld from three of the publications (Price et al. 2010, Verstraeten et al. 2003 and Madsen et al. 2003). This type of cherry-picking of data by the CDC in order to change the results of important research studies to support flawed and dangerous vaccination policies should not be tolerated.”

More researchers are finding equally finding distrust in that their colleagues have gathered data carelessly, have used inappropriate analytic and statistical techniques, have reported their results inaccurately, and have treated the work of other researchers with disrespect.

With this trust now misplaced and the professional standards of science being violated, researchers are not just personally affronted–they are feeling that the base of their profession has been undermined. This is impacting relationship between science and society.

More research in the area of vaccination and thimerosal is representing a “significant departure from accepted practices” and has been “committed intentionally, knowingly, and recklessly” with a preponderance of evidence which is the hallmark of misconduct.

Dr. Boyd Haley, international expert  in mercury toxicity and a co-author of the recently published paper said “There is no doubt that authorities in the CDC have initiated and participated in a cover-up of vaccine-induced damage from thimerosal to our children—-and this I consider criminal.” The paper, “Methodological Issues and Evidence of Malfeasance in Research Purporting to Show Thimerosal in Vaccines is Safe,” was published on June 6 and contains eight pages of evidence that the CDC has had knowledge of the vaccine preservative’s neurological risks, yet continues to cover them up.

The paper concludes, “five of the publications examined in this review were directly commissioned by the CDC, raising the possible issue of conflict of interests or research bias, since vaccine promotion is a central mission of the CDC. Conceivably, if serious neurological disorders are found to be related to Thimerosal in vaccines, such findings could possibly be viewed as damaging to the vaccine program.”

Dr. Hooker has submitted over 100 FOIA requests to the CDC over the past 10 years and has amassed thousands of pages of documents showing malfeasance in the CDC’s vaccine safety program. Hooker revealed that one CDC document quoted a top official instructing CDC employees to “Review all correspondences and documents to see if there is ‘foreseeable harm’ to the agency if they were released” so the documents could be redacted by CDC attorneys prior to release.

In late 2013, a notice by the Health and Human Services Department was given in that the Office of Research Integrity (ORI) has confirmed findings on Dr. Dong-Pyou Han, former Research Assistant Professor, Department of Biomedical Services, ISU, who engaged in research misconduct in research supported by National Institute of Allergy and Infectious Diseases (NIAID), National Institutes of Health (NIH).

ORI and ISU found that Dr. Dong-Pyou Han falsified results in research to develop a vaccine against human immunodeficiency virus-1 (HIV-1) by intentionally spiking samples of rabbit sera with antibodies to provide the desired results.

It’s one of dozens of findings that are now being exposed by such agencies.

Barry Segal, founder of the Focus Autism Foundation said, “We are in the process of exposing what may be the biggest federal scandal ever with immense damage to our economy and our people, especially our children who are the future of our country. Their health has been compromised by mercury in vaccines. We need Congress to take action now. Thimerosal must be banned.”

More than 33% researchers are now engaged in at least one behavior judged (by university compliance officers) to be “sanctionable” offenses, however official estimates may be much lower than actual incidents.

Until more accountability is taken for potential violations of scientific standards, including researchers examining their own biases and motivations and their ability to remain objective, we may never know how many vaccine safety studies in the last several decades have been falsified.
Higher Incidence of Autism in African American Boys-CDC Manipulated Data regarding MMR Link

A top research scientist working for the Centers for Disease Control and Prevention (CDC) played a key role in helping Dr. Brian Hooker of the Focus Autism Foundation uncover data manipulation by the CDC that obscured a higher incidence of autism in African-American boys. The whistleblower came to the attention of Hooker, a PhD in biochemical engineering, after he had made a Freedom of Information Act (FOIA) request for original data on the DeStefano et al MMR (measles, mumps, rubella) and autism study.

In the study, Dr. Hooker notes how a statistically significant relationship between the age the MMR vaccine was first given and autism incidence in African-American boys has not yet been made public by CDC researchers.

According to Dr. Hooker, the CDC whistleblower informant — who wishes to remain anonymous — guided him to evidence that a statistically significant relationship between the age the MMR vaccine was first given and autism incidence in African-American boys was hidden by CDC researchers. Data was gathered on 2,583 children living in Atlanta, Georgia who were born between 1986 and 1993.

However, CDC researchers did not include any children that did not have a valid State of Georgia birth certificate – reducing the study’s sample size by 41% . Dr. Hooker explains that by introducing this discretionary criteria into the analysis, the cohort size was sharply reduced, eliminating what would have been a higher statistical finding. This minimized the strong MMR-autism link in African American boys. When asked if there could be any scientific basis for excluding children born outside of Georgia, Dr. Hooker responded, “I know of none, and none has been provided by the authors of the DeStefano study.”

The results of the original CDC study first appeared in the journal Pediatrics, which receives financial support from vaccine makers through advertising and direct donations, according to a CBS News report. The DeStefano et al study is widely used by the CDC and other public health organizations to support a claim that there is no link between vaccines and autism – a neurological disorder on the rise among children.

Dr. Hooker states, “Based on the scientific findings, the CDC failed to report the relationship between the age of first MMR vaccine and autism incidence in African-American boys as early as 2003. This data is important and would allow the public to make decisions based on full disclosure of vaccine risks.”

Dr. Hooker concludes that further study is needed to determine why this specific effect (3.4-fold increase when MMR is administered prior to 36 months) is seen exclusively in African-American males, and determine whether delaying the first MMR vaccination should be advised for this population. A link between vaccines (including the MMR) and autism has been acknowledged in cases compensated by the National Vaccine Injury Compensation Program.

According to David Lewis, Ph.D., former senior-level microbiologist with the U.S. Environmental Protection Agency’s (EPA) Office of Research & Development, skewing scientific data to support government policies should be considered a major problem at federal agencies, including EPA, CDC, and USDA. Lewis, who was terminated by EPA after publishing papers in Nature that questioned the science the agency used to support certain regulations, believes top-down pressure on federal scientists and researchers working on government-funded projects in academia jeopardizes public health.

“I’ve found working for the government is no different than working for corporations. You either toe the line or find yourself looking for another way to make a living,” Lewis says. “No one would be surprised if Merck published unreliable data supporting the safety of its products. Why would anyone be surprised that the CDC or any agency would publish skewed data to conclude that the vaccines it recommends are safe? Scientists need a better system, where scientists are free to be honest.” Accordingly, Focus Autism suggests that the CDC be held accountable to release all vaccine safety data in order to allow for independent, unbiased analysis.

The Focus Autism Foundation is dedicated to providing information to the public that exposes the cause or causes of the autism epidemic and the rise of chronic illness — focusing on the role of vaccinations.