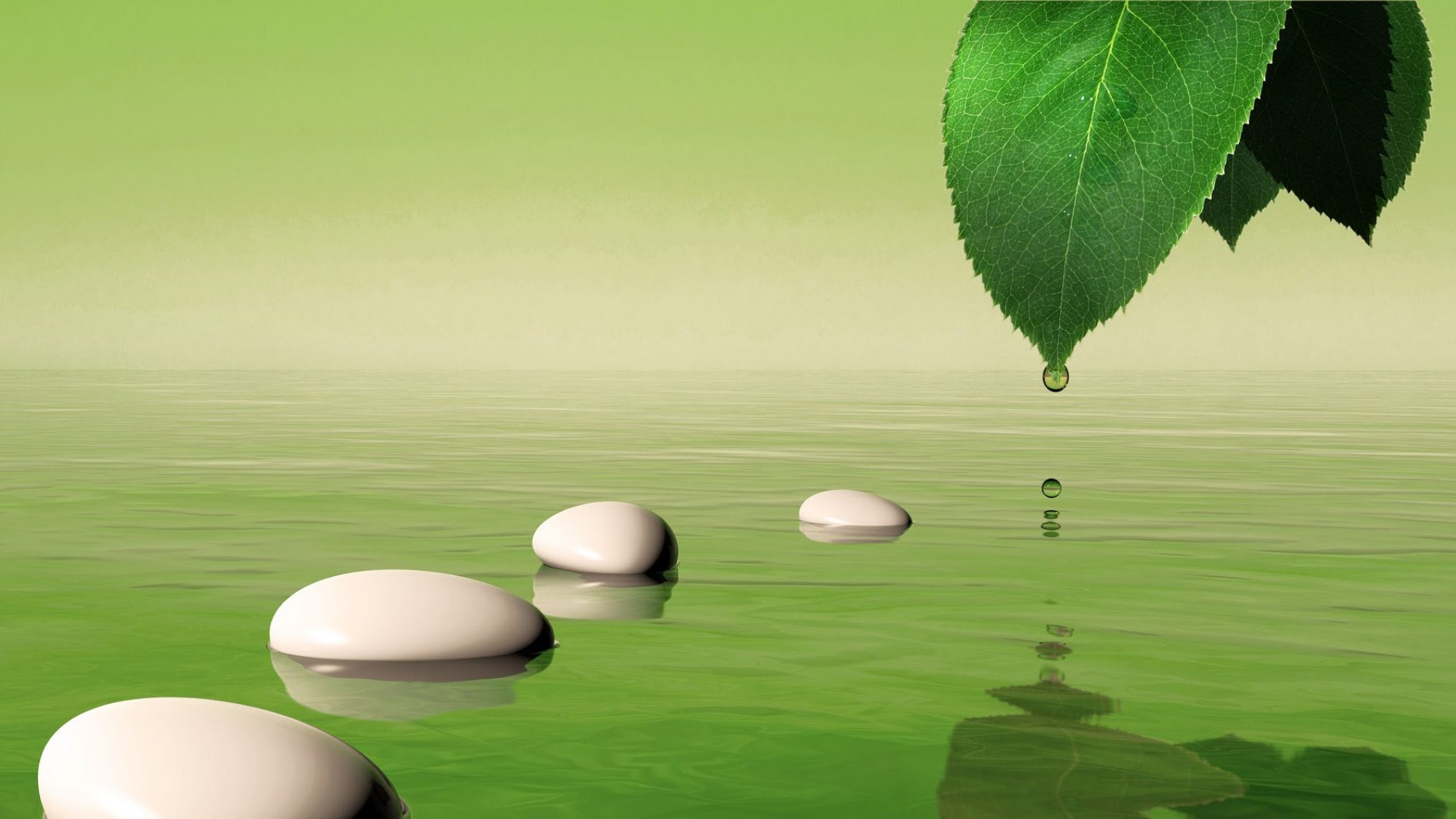 Stanford scientists have identified a small group of nerve cells that link breathing to relaxation, attention, excitement and anxiety.

Try it. Breathe slowly and smoothly. A pervasive sense of calm descends. Now breathe rapidly and frenetically. Tension mounts. Why?

It’s a question that has never been answered by science, until now.

In a new study, researchers at the Stanford University School of Medicine and their colleagues have identified a handful of nerve cells in the brainstem that connect breathing to states of mind.

The findings were published in Science.

Medical practitioners sometimes prescribe breathing-control exercises for people with stress disorders. Similarly, the practice of pranayama — controlling breath in order to shift one’s consciousness from an aroused or even frantic state to a more meditative one — is a core component of virtually all varieties of yoga.

Mark Krasnow, MD, PhD, professor of biochemistry, is the senior author. The lead author is former Stanford graduate student Kevin Yackle, MD, PhD, now a faculty fellow at the University of California-San Francisco “This study is intriguing because it provides a cellular and molecular understanding of how that might work,” Krasnow said.

The tiny cluster of neurons linking respiration to relaxation, attention, excitement and anxiety is located deep in the brainstem. This cluster, located in an area Krasnow calls the pacemaker for breathing, was discovered in mice by study co-author Jack Feldman, PhD, a professor of neurobiology at UCLA, who published his findings in 1991. An equivalent structure has since been identified in humans. 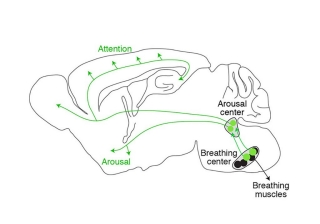 Courtesy of the Krasnow lab

The diagram depicts the pathway (in green) that directly connects the brain’s breathing center to the arousal center and the rest of the brain.
“The respiratory pacemaker has, in some respects, a tougher job than its counterpart in the heart,” said Krasnow, who is also a Howard Hughes Medical Institute investigator. “Unlike the heart’s one-dimensional, slow-to-fast continuum, there are many distinct types of breaths: regular, excited, sighing, yawning, gasping, sleeping, laughing, sobbing. We wondered if different subtypes of neurons within the respiratory control center might be in charge of generating these different types of breath.”

On that hunch, Yackle searched through public databases to assemble a list of genes that are preferentially activated in the part of the mouse brainstem where the breathing-control center resides. This center’s technical term is the pre-Bötzinger complex, or preBötC.

He pinpointed a number of such genes, allowing the investigators to identify more than 60 separate neuronal subtypes, physically differentiated from one another by their gene-activation signatures but comingling in the preBötC like well-stirred spaghetti strands. The scientists were able to use these genes, and the protein products for which they are recipes, as markers allowing them to zero in on the different neuronal subtypes.

Now the scientists could systematically assess the role of each neuronal subpopulation in laboratory mice. With advanced technologies, they could selectively destroy any one of these neuronal subtypes — and only that subtype — based on its unique signature of active genes. Then they could observe how this particular subtype’s loss affected the animals’ breathing. In 2016, in collaboration with Feldman, they succeeded in isolating a subpopulation of neurons in the preBötC that explicitly controls one type of breathing: sighing. Knocking out these neurons eliminated sighing but left other modes of breathing unaffected. The discovery was published in Nature in 2016.

Krasnow and Yackle then set out to discover the respiratory role of another subpopulation of about 175 preBötC neurons distinguished by their shared expression of two genetic markers called Cdh9 and Dbx1. They bioengineered mice in which they could wipe out, at will, the neurons bearing both of these markers.

But once these rodents had their Cdh9/Dbx1 neurons eliminated, they seemed to take the loss in stride. Unlike their sigh-deprived brethren, there was no lacuna in these mice’s portfolio of breathing variations.

“I was initially disappointed,” said Yackle.

But a few days afterward, he noticed something: For mice, the animals were extraordinarily calm. “If you put them in a novel environment, which normally stimulates lots of sniffing and exploration,” Yackle said, “they would just sit around grooming themselves” — evidence of what passes for mellowness when you’re a mouse.

Further analysis showed that while these mice still displayed the full palette of breathing varieties from sighs to sniffs, the relative proportions of those varieties had changed. There were fewer fast “active” and faster “sniffing” breaths, and more slow breaths associated with chilling out.

The investigators surmised that rather than regulating breathing, these neurons were spying on it instead and reporting their finding to another structure in the brainstem. This structure, the locus coeruleus, sends projections to practically every part of the brain and drives arousal: waking us from sleep, maintaining our alertness and, if excessive, triggering anxiety and distress. It’s known that neurons in the locus coeruleus exhibit rhythmic behavior whose timing is correlated with that of breathing. In a series of experiments, the Stanford researchers proved that the preBötC neurons that express Cadh9 and Dbx1 not only project to the locus coeruleus — a new finding — but activate its long-distance-projections, promoting brainwide arousal.

“If something’s impairing or accelerating your breathing, you need to know right away,” said Krasnow. “These 175 neurons, which tell the rest of the brain what’s going on, are absolutely critical.”

“The preBötC now appears to play a key role in the effects of breathing on arousal and emotion, such as seen during meditation,” said Feldman. “We’re hopeful that understanding this center’s function will lead to therapies for stress, depression and other negative emotions.”

Krasnow is also executive director of the Wall Center for Pulmonary Vascular Disease, a member of the Stanford’s Neurosciences Institute, Cardiovascular Institute, Cancer Institute and Bio-X.