As any casual observer of the hospitality industry knows, hotel maids spend the majority of their days

is spent engaged in some kind of physical activity. 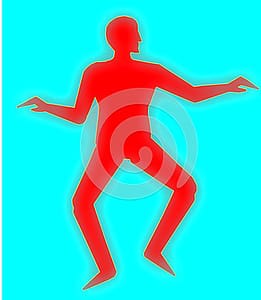 But Langer found that most of these women don’t see themselves as physically active.

She did a survey and found that 67 percent reported they didn’t exercise. More than one-third of

those reported they didn’t get any exercise at all.

“Given that they are exercising all day long,” Langer says, “that seemed to be bizarre.”

What was even more bizarre, she says, was that, despite the fact all of the women in her study far exceeded the U.S. surgeon general’s recommendation for daily exercise, the bodies of the women did not seem to benefit from their activity.

So Langer set about changing perceptions.

She divided 84 maids into two groups. With one group, researchers carefully went through each of the tasks they did each day, explaining how many calories those tasks burned.

They were informed that the activity already met the surgeon general’s definition of an active lifestyle.

The other group was given no information at all.

One month later, Langer and her team returned to take physical measurements of the women and were surprised by what they found. In the group that had been educated, there was a decrease in their systolic blood pressure, weight, and waist-to-hip ratio — and a 10 percent drop in blood pressure.

One possible explanation is that the process of learning about the amount of exercise they were already getting somehow changed the maids’ behavior. But Langer says that her team surveyed both the women and their managers and found no indication that the maids had altered their routines in any way. She believes that the change can be explained only by the change in the women’s mindset.

The implication is that the “objective reality” of the physical body is not as immovable as we might have assumed. Hence, the theoretical possibility that, if done with genuine conviction, one might be able to sit around eating chocolate and still lose weight.