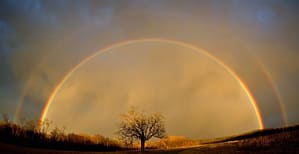 Some 30 minutes of meditation daily may improve symptoms of anxiety and depression, a new Johns Hopkins analysis of previously published research suggests.
“A lot of people use meditation, but it’s not a practice considered part of mainstream medical therapy for anything,” says Madhav Goyal, M.D., M.P.H., an assistant professor in the Division of General Internal Medicine at the Johns Hopkins University School of Medicine and leader of a study published online Jan. 6 in JAMA Internal Medicine. “But in our study, meditation appeared to provide as much relief from some anxiety and depression symptoms as what other studies have found from antidepressants.” These patients did not typically have full-blown anxiety or depression.

The researchers evaluated the degree to which those symptoms changed in people who had a variety of medical conditions, such as insomnia or fibromyalgia, although only a minority had been diagnosed with a mental illness.

Goyal and his colleagues found that so-called “mindfulness meditation” — a form of Buddhist self-awareness designed to focus precise, nonjudgmental attention to the moment at hand — also showed promise in alleviating some pain symptoms as well as stress. The findings held even as the researchers controlled for the possibility of the placebo effect, in which subjects in a study feel better even if they receive no active treatment because they perceive they are getting help for what ails them.
To conduct their review, the investigators focused on 47 clinical trials performed through June 2013 among 3,515 participants that involved meditation and various mental and physical health issues, including depression, anxiety, stress, insomnia, substance use, diabetes, heart disease, cancer and chronic pain. They found moderate evidence of improvement in symptoms of anxiety, depression and pain after participants underwent what was typically an eight-week training program in mindfulness meditation. They discovered low evidence of improvement in stress and quality of life. There was not enough information to determine whether other areas could be improved by meditation. In the studies that followed participants for six months, the improvements typically continued.
They also found no harm came from meditation.
Meditation, Goyal notes, has a long history in Eastern traditions, and it has been growing in popularity over the last 30 years in Western culture.
What Meditation Really Is
“A lot of people have this idea that meditation means sitting down and doing nothing,” Goyal says. “But that’s not true. Meditation is an active training of the mind to increase awareness, and different meditation programs approach this in different ways.”
Mindfulness meditation, the type that showed the most promise, is typically practiced for 30 to 40 minutes a day. It emphasizes acceptance of feelings and thoughts without judgment and relaxation of body and mind.
He cautions that the literature reviewed in the study contained potential weaknesses. Further studies are needed to clarify which outcomes are most affected by these meditation programs, as well as whether more meditation practice would have greater effects.
“Meditation programs appear to have an effect above and beyond the placebo,” Goyal says.
Anxious? Activate your Anterior Cingulate Cortex with Meditation
While another recent study conducted at Wake Forest Baptist Medical Center, sought to identify brain functions involved in meditation and anxiety.
“Although we’ve known that meditation can reduce anxiety, we hadn’t identified the specific brain mechanisms involved in relieving anxiety in healthy individuals,” said Fadel Zeidan, Ph.D., postdoctoral research fellow in neurobiology and anatomy at Wake Forest Baptist and lead author of the study. “In this study, we were able to see which areas of the brain were activated and which were deactivated during meditation-related anxiety relief.”
The study is published in the current edition of the journal Social Cognitive and Affective Neuroscience.
For the study, 15 healthy volunteers with normal levels of everyday anxiety were recruited for the study. These individuals had no previous meditation experience or anxiety disorders. All subjects participated in four 20-minute classes to learn a technique known as mindfulness meditation. In this form of meditation, people are taught to focus on breath and body sensations and to non-judgmentally evaluate distracting thoughts and emotions.
Both before and after meditation training, the study participants’ brain activity was examined using a special type of imaging — arterial spin labeling magnetic resonance imaging — that is very effective at imaging brain processes, such as meditation. In addition, anxiety reports were measured before and after brain scanning.
The majority of study participants reported decreases in anxiety. Researchers found that meditation reduced anxiety ratings by as much as 39 percent.
“This showed that just a few minutes of mindfulness meditation can help reduce normal everyday anxiety,” Zeidan said.
The study revealed that meditation-related anxiety relief is associated with activation of the anterior cingulate cortex and ventromedial prefrontal cortex, areas of the brain involved with executive-level function. During meditation, there was more activity in the ventromedial prefrontal cortex, the area of the brain that controls worrying. In addition, when activity increased in the anterior cingulate cortex — the area that governs thinking and emotion — anxiety decreased.
“Mindfulness is premised on sustaining attention in the present moment and controlling the way we react to daily thoughts and feelings,” Zeidan said. “Interestingly, the present findings reveal that the brain regions associated with meditation-related anxiety relief are remarkably consistent with the principles of being mindful.”

Research at other institutions has shown that meditation can significantly reduce anxiety in patients with generalized anxiety and depression disorders. The results of this neuroimaging experiment complement that body of knowledge by showing the brain mechanisms associated with meditation-related anxiety relief in healthy people, he said.