A new research study has determined that junk food may contribute to brain shrinkage, while a nutrient rich diet, containing vitamins and fish may protect the brain from aging.

Processed fast foods containing trans-fats (found in fried foods, cakes and biscuits) were linked to lower scores in tests and more shrinkage, similar to what occurs with Alzheimer’s disease. 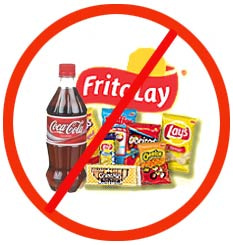 According to the medical journal, Neurology, senior citizens, with the highest levels of vitamins and omega 3 fatty acids in their blood experienced less brain shrinkage and better mental performance.

The study evaluated blood nutrient levels, instead of attempting to rely on questionnaires to assess a person’s diet.

Researchers at the Oregon Health and Science University, Portland; Portland VA Medical Center; and Oregon State University, Corvallis, then conducted brain scans on 42 of the participants analyzed blood samples from 104 healthy people with an average age of 87 who had few known risk factors for Alzheimer’s.

They determined that the participants who had more vitamin B, C, D and E in their blood performed better in tests of memory and cognitive (thinking) abilities.  Also, those with high omega 3 fatty acids levels – found mainly in fish – also had high scores. The lowest scores were found in people who had more trans-fats in their blood.

Lead author Gene Bowman of Oregon Health and Science University stated, “These results need to be confirmed, but obviously it is very exciting to think that people could potentially stop their brains from shrinking and keep them sharp by adjusting their diet.

“I’m a firm believer these nutrients have strong potential to protect your brain and make it work better.”