For many years doctors have recommended taking Aspirin to prevent heart attacks and strokes.

However, according to a new study conducted in the Netherlands has determined that healthy women taking Aspirin isn’t helpful to healthy women trying to ward off these two conditions. 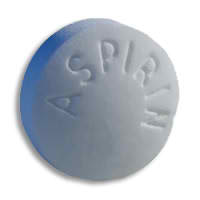 Their study found that 50 women will need to take the medication for 10 years for just one to be helped — and that’s assuming they are at high risk for these illnesses.

“There are very few women who actually benefit,” said Dr. Jannick Dorresteijn of University Medical Center Utrecht in The Netherlands. “If you don’t want to treat 49 patients for nothing to benefit one, you shouldn’t treat anyone with aspirin.”

Aspirin is one of the most popularly used drugs in the world. This study contributes to the ongoing  controversy over aspirin. In general, doctors believe it’s worth taking for people who’ve already had a heart attack or a stroke, but they are unclear about the so-called primary prevention.

But these findings, published in the European Heart Journal, indicate many women would still be taking the drug needlessly.

The researchers analyzed medical information on nearly 28,000 healthy women age 45 and above who had received either aspirin or dummy pills in an earlier U.S. trial.

The women on aspirin generally took a low dose of 100 milligrams every other day.

Overall, aspirin cut the rate of heart attacks, strokes and death from heart disease from 2.4 percent to 2.2 percent.

“Nine out of 10 women experience less than a one-percent risk reduction for cardiovascular disease in the next ten years, so that is a really small treatment effect,” said Dorresteijn.

He added that aspirin comes with side effects, too. For instance, it can cause bleeding ulcers and make people more likely to bruise due to its blood-thinning effects.

And although it’s cheap — at only a few dollars per month of treatment — putting lots of healthy people on the drug would be a big expenditure in the health care budget, Dorresteijn said.

After subtracting the serious side effects from the health gains, the Dutch team found doctors would have to be willing to treat a lot of women to get a net advantage.

“Women older than 65 years of age benefit more than average, but still for those women the benefit was so small that you would need to treat 49 for nothing to prevent one event,” said Dorresteijn. “Of course it’s disappointing, because you would like a medication to be effective.”

Earlier this year, two large reviews of previous aspirin trials yielded similarly sobering results. One found a tiny reduction in heart attacks with aspirin and no effect on death rates or strokes. The other showed as many as 1,111 men and women would need to take aspirin daily for the duration of the trials to prevent just one death.

The government-backed U.S. Preventive Services Task Force advises that men age 45 to 79 take aspirin to stave off heart attacks, as long as the benefit outweighs the risk of bleeding.

For women age 55 to 79, aspirin is recommended to prevent strokes, with the same caveat.

The critical finding of this study is that is a large number of women who are taking Aspirin for preventing heart attacks and strokes, but should not be.

Other studies have indicated that there are much better ways to curb stroke risk than taking aspirin.  Lifestyle, diet and exercise are more effective in stroke and heart disease prevention in comparison to taking aspirin, which also causes side effects, including bleeding ulcers.